Why Is My Food Dish Where All The Trash Goes? 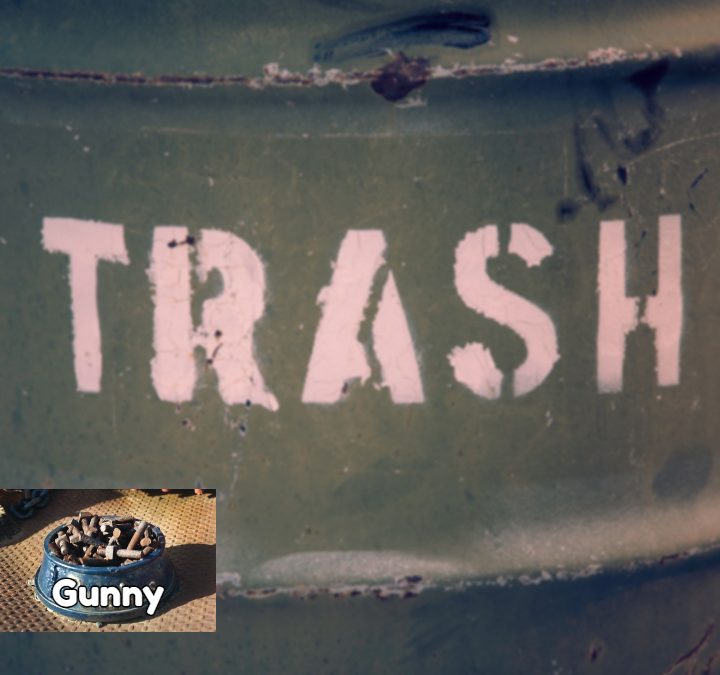 Most of you know I’m an older mixed breed rescue dog. I’ve got some Shepherd in me. I’ve got some Labrador in me. Some humans call me a crotchety old man. That’s their deal.

I can tell you, I’ve been around the block. I’ve had a couple of different homes. I’ve been through dog rescue. I am relieved to be at my furever home.

But I really worry about my canine and feline friends who are still working their way through the system. And like my friend Enzo (if you haven’t read The Art of Racing in the Rain, it really is a great book and movie!), all we dogs really have are gestures.

And when we don’t feel good, we try to tell our humans through gestures.

Here are some signals I have tried to share with my people with varying luck:

Depending on what home I was in, the humans responded sooner or later to my behavior.

Well, now my dog friends are being attacked by a new problem! And I’m really pretty pissed off about it! And since I’m a dog, and I don’t have words, all I can do is be grumpy.

So whole lot of my dog friends, and I bet it’s happening to my cat friends too, just it hasn’t been identified yet, are eating crappy dog food that contains poison!

They’re calling it some kind of a toxin. Alpha toxin. Flap a toxin. Aflatoxin. I don’t know what it is, I’m just a dog. Whatever it is, I heard it’s a result of using nasty field corn that should’ve been thrown in the trash. Composted maybe.

What I do know is that when my friends are laying around, not eating, vomiting, have yellow eyes, and diarrhea, there’s something really serious going on!

I sure hope that any humans who see their dog or cat acting like any of these things rushes to the veterinarian!

And, let’s get real people, if you didn’t put trash in our dishes, we wouldn’t be getting sick in the first place!

I have been listening to humans talk about this for the last 2-3 months. This is coming from moldy corn that was unacceptable for humans to eat but because we dogs get true trash to eat, we get to get poisoned! (You think I’m kidding – that cheap stuff you buy to feed us? Trash!)

There’s money to be made all the way around this. We dogs don’t deal in money. We dogs deal in love and affection. Tug-of-war. Snuggling on the couch. Playing frisbee. That sort of thing.

But again, I’ve been watching humans. The more money that’s involved in it, the less the people think about canine love.

And the irony is that not only do we get to eat poisonous trash, but then we get to go get jacked up on medicines at the dog doctor.

And some of my friends are dying!

There’s no justice for dogs!

(PS. I have to admit, I’m pretty lucky. Now. Now, I eat real food. But I haven’t always. And I’ve been sick. I’m just one of the lucky ones that lived.)