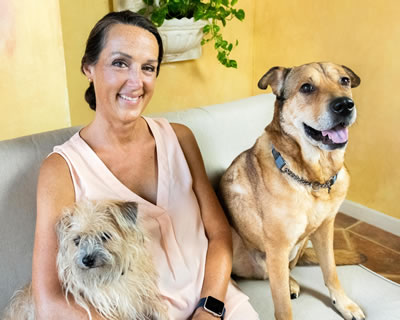 Ever since she was nine years old, Dr Cathy has related better to pets than people. It was logical, then, that she would want to be a veterinarian.

She graduated Purdue University School of Veterinary Medicine in 2001.

Marching to a different drum, she was the only member of her class who specialized in food animal medicine – while all veterinary students had the same basic education, Dr Cathy chose to learn more about the fascinating animals, cows, who could lick the inside of their nose! Possessing wonderful personalities, Dr Cathy always felt it was a pity that cattle, our food/life sustainers, were usually treated as less than full beings.

By 2008, her interests had expanded to providing alternative methods of healthcare to all (well, almost all) animals species. From homeopathic rearing of food animals to providing chiropractic and Traditional Chinese Veterinary Medicine for pets, her business thrived as Dr Cathy was open to learning whatever it took to treat her patients’ issues.

In 2010, a client lost several cats due to something wrong with the pet food – they had bloody diarrhea, vomiting, several were hospitalized, a few didn’t survive the toxicity. Convinced it was due to their pet food, Dr Cathy reported it to the FDA. 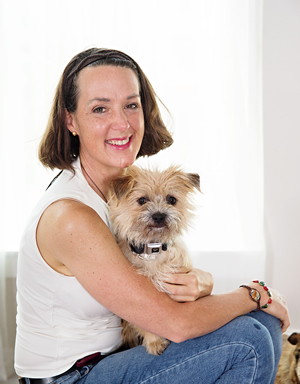 Apparently this was not something veterinarians did very often. Accordingly, she was introduced to Susan Thixton, the internationally known pet food safety advocate. Because they both understood the correlation between high-quality ingredients and pet health, Susan Thixton and Dr Cathy collaborated to write a cookbook for pets, Homemade Meals for Cats and Dogs. 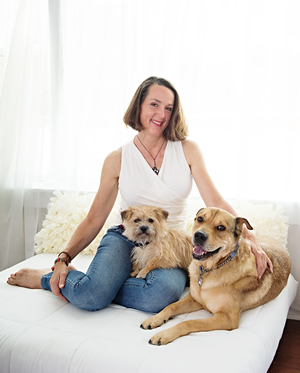 Meanwhile, clients were driving from four hours away, calling from all over the country, and messaging from all over the world – including Thailand, India and Russia. Dr Cathy was excited to help pets around the world feel better with great nutrition and helping the owners address underlying ill-health causes through natural means. She began to offer these pet owners nutrition coaching for pets, which she still does.

Seeing more and more of the detrimental effects of conventional veterinary medicine in her patients, not only did she research more natural treatment methods, but she also spoke out on influential platforms against annual vaccination, in support of minimal vaccines and tittering, eschewing conventional suppressive medications, in favor of treating the cause of illness herbally, and encouraging pet owners to feed real food as much as possible.

She must’ve been doing something right, because in 2015, she was facing 16 pages of false allegations including charges of animal abuse. Rather than settle, she took the highroad and chose to relinquish her license so as not to be forced to lie or to spend hundreds of thousands of non-existent dollars in a futile defense.

Fast forward to 2018 Dr Cathy is in Clearwater Florida, a beautiful location for an amazing fresh start. Her natural pet wellness Center, Healthy Pawsibilities, reinforces what she’s known since she was a child – that animals deserve to feel just as good as we do. Through studying what makes people feel better, Dr Cathy learned many things that make animals feel better, with a few safety modifications for their different biological systems.

WHAT IS THE HEALTHY PAWSIBILITIES MEMBERSHIP?

It’s an opportunity to have ongoing access to your personal (retired) holistic veterinarian.

Dr Cathy can’t wait to meet your pet and do what can be done to improve his/her quality of life!