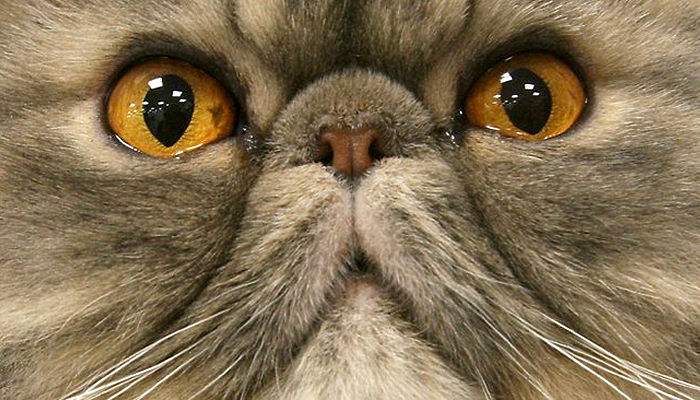 Herpes virus causes recurrent respiratory infections in cats; many cats will have repeated problems affecting the eyes. These cats will have intermittent sneezing and discharge from the eyes and sometimes nose. This discharge may be reddish and does not respond to antibiotics – meaning it does not go away or stay away.

There is a laboratory test for the herpes virus, but most veterinarians presume recurrent upper respiratory problems unresponsive to conventional treatment are the result of the herpes virus. Because it is a virus of the herpes family, the virus hides in body tissues and expresses itself during times of stress.

Herpes is a common infection in rescue cats; one, because shelters have many animals sharing disease, and two, because it is a stressful environment. The conventional recommendation has been to give lysine for these animals. There are some older studies that demonstrate lysine may decrease the symptoms with herpes infections. However, because it is a virus, lysine is not a true treatment as it does not bring cure; lysine only reduces the symptoms of the respiratory issues. Lysine is an amino acid; a building block of protein. Foods which contain high levels of lysine are animal-based proteins: beef, cheese, chicken, eggs, fish, pork, shellfish, and turkey.

Perhaps the real reason cats develop herpes infections and have multiple flareups is because they are eating a diet based on vegetable protein rather than meat. Most cat food at shelters is donated and is quite inexpensive. Corn may be considered the primary protein source of the inexpensive food – corn does not contain high levels of lysine.