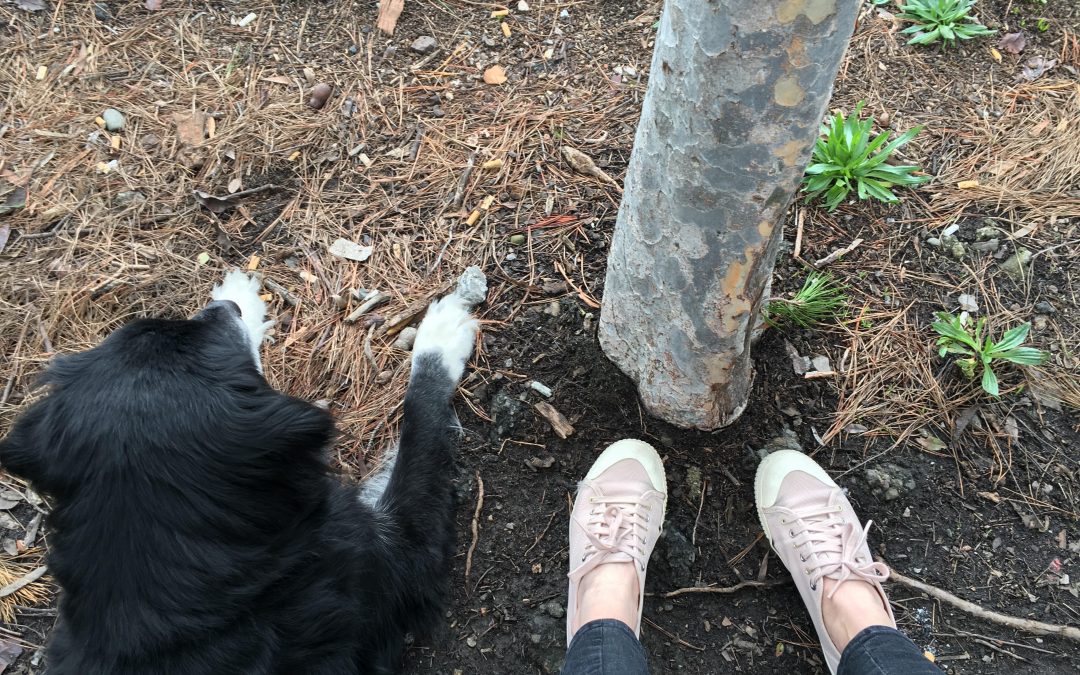 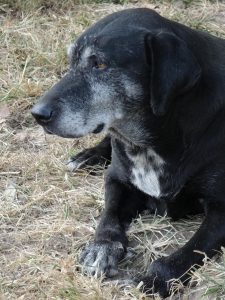 Gunny here. I don’t know what it is about my feet, but ever since I was a pup, if someone touched my foot, I would pull it back really fast.

I can’t help myself!

My mom says it’s something called a reflex.

Whatever it is, withdrawal reflex or tickly toes, I pull my feet back when someone touches them. It doesn’t really mean that I don’t like to have my feet touched. Just means I can’t help myself.

Speaking of feet, I’ve got some things to say about dogs vs people and toenails.

I walk way up on my toes. So that when I walk on the sidewalk, my toes touch the ground and they are naturally filed by the concrete. I’ve never really had to have my toenails trimmed. Except when we moved and didn’t walk as much. Then I really flinched when my mom touched my feet. But it didn’t hurt or scare me. Like I said – just a reflex.

My brother Calvin though, he has really long toenails. And even though we walk together, the sidewalk doesn’t seem to grind down his toenails. Which means every now and then our mom needs to trim his toes. I notice she does that about every 3 to 4 weeks.

I heard her make a comment once about how she needs to cut her own toe and fingernails about every two weeks. I never thought about it, but I guess dog toenails can grow just as fast as people toenails. So it makes no sense to me that if humans go and get manicures and pedicures every two weeks why they act like it’s such a hardship to get their dog‘s toenails done once every six months!

Thank goodness we dogs don’t wear shoes! Can you imagine? What if humans only cut their toenails every six months? Would they even be able to wear shoes? Could they even walk?

Think about that. From the perspective of us dogs. What does it do to us if we only get our toenails cut every six months?

Let me tell you, I’ve seen those dogs at the park. They need their toenails cut! They can’t run. They get their toes stuck on each other and on twigs and in the bark. Some of my dog friends have ripped their toenails off just because their toenails were too long and it got stuck on the carpet. Now that hurts!?! I bet their backs hurt from walking funny, too.

I think if humans stop and think about it from the perspective of how often they take care of themselves they would realize that we dogs are just the same. Many dogs need routine pedicures – just like those ladies who go to the spa every two weeks.

You get over it.

Same with us dogs.

The other side of that coin though is to imagine what humans would look like wearing flip-flops if they didn’t cut their toenails but every six months. It’s really a frightening vision!

So I’m saying stop making excuses – learn how to cut your dogs toenails. Do it every 3-4 weeks. Us dogs will thank you for it.