The Common, but Unexpected, Cause of Ear Infections 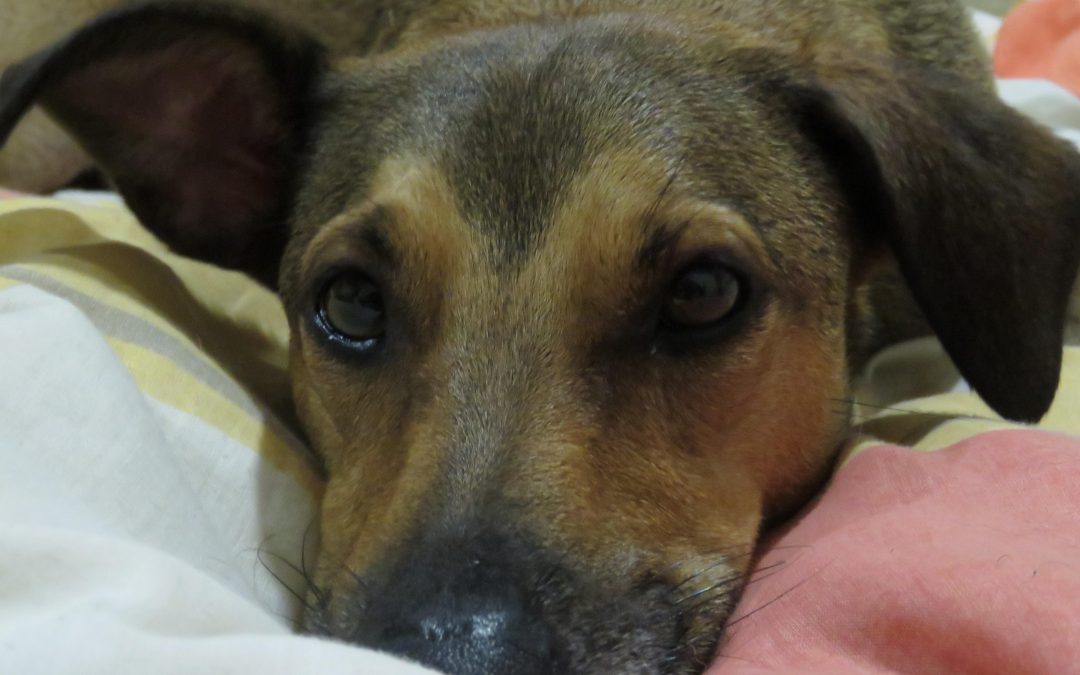 Ear infections are common in both cats and dogs. And they are painful! Affected dogs and cats will often rub their head, whimper, hold their head sideways, and flinch when touched. The ear can be hot, swollen, smelly, and sometimes have a discharge. Occasionally, pets can even get a hematoma as a result of the head shaking and pain. (Stay tuned for more information in a future post.) No one wants to see their pet suffer so it’s important to get to the true cause rather than just treat symptoms which may return!

Typically, a conventionally trained veterinarian will take a sample of the contents of the ear canal and evaluate it under a microscope. (S)He’s looking for the presence of bacteria and/or yeast. Bacteria can be present as rods or cocci; yeast can take many forms. Then the amount of each organism is roughly quantified anywhere from a “few” to “too numerous to count.”

While knowing if the bacteria are rods or cocci helps identify the bacterial species, this is a very rough identification. It takes rigorous laboratory analysis to truly identify the species of bacteria contaminating the ear canal. The same can be said of yeast – it is either present or it is not, there is no specification as to species, even at the laboratory.

This rough, in-house information, is used to help guide the veterinarian and the staff as to which product will be best to “treat“ the condition. “Treat” is in quotation marks here because only the symptoms are being evaluated, not the underlying cause. We will discuss more about this later.

Identification of bacteria and/or yeast do not diagnose a cause – they only define a symptom – overgrowth of a microbial organism. Antibiotics and antifungals simply alter growth of normal commensals (healthy inhabitants) in the ear canal – they do nothing to rebalance the body.

While the presumed problem is addressed through medication, the true problem is never once addressed by this practice of ear medication alone: why did this overgrowth of bacteria and/or yeast occur in the first place? Because really, bacteria and yeast are normal commensals of the skin. The ear canal is the skin. The problem comes when the condition of the skin is out of balance and either a bacteria, yeast, or both overgrow and cause a problem.

Many pet owners are often surprised to find out that reoccurring ear infections are a sign of a food allergy. 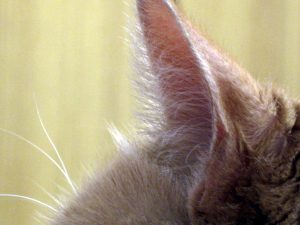 Instead of addressing the underlying cause, an allergy, conventional veterinarians perform interventions which are increasingly deleterious to the patient.

For example, when general ear medication does not cause permanent resolution of an ear infection, stronger medication is used with each recurrence. When that medication doesn’t “work”, the ear canals will be deep cleaned, packed with a heavy duty long-acting antibiotic, and systemic antibiotics and antifungals will be given. These medications, especially the antifungals, can have severe side effects including liver failure. If these treatments don’t work, then, possibly, finally, a sample from the ear canal may be sent to the laboratory for true identification (culture) of the organisms present and a “sensitivity“ to determine which antimicrobials may “work” against those invading organisms.

When these interventions no longer help the pet, some surgeons will recommend ear canal ablation: essentially plastic surgery to remove part of the ear canal and so that the ear can drain from a new, though unnatural, location. Brutal!

On top of it all, some animals may end up with head tilt after all of these events. The head tilt may be due to anything from permanent damage to the nerves traveling through the ear canal (a side effect of some of the antibiotics) to constantly shaking their head in pain thus interfering with proper neck movement. It’s believed that this head tilt cannot be corrected in the conventional medical system. (We will talk about this in a future post as well.) At no point has the underlying cause been addressed!

Battling reoccurring ear infections? It might be time for a consultation with someone who looks at things a little bit differently. Interested in having someone to bounce off decisions and ideas? Access to this retired veterinarian is only $25 per month. Interested?  Check out the Healthy PAWSibilities membership!