My Dog Bit Me. Do I Need to Get a Tetanus Booster? 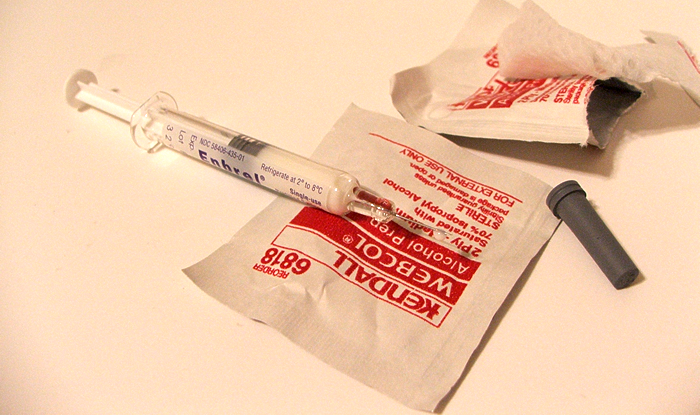 Tetanus comes from bacterial infection caused by a bacterium called Clostridium tetani. C tetani lives in the soil. This bacterium produces a toxin that causes the typical signs of tetanus when the environment is right.

C tetani enters the body through a break in the skin that is contaminated by dirt containing the bacterium or the bacterial spores.

Tetanus does not normally occur at this first inoculation. Instead, the body heals from the initial wound and the C tetani spores wait in the tissues until a time when there is low oxygen. A low oxygen environment happens in cases of future wounds – a bruise, or a cut, or similar wound causes decreased blood flow to an area. This area of low bloodflow will have decreased oxygen saturation; this is when the clostridium spores grow and produce tetanus toxin. Tetanus toxin causes the illness tetanus.

Signs of tetanus include rigid paralysis, muscle twitches, eyelid blinking, seizures and death. If recognized early, tetanus can be treated and in many cases is responsive to penicillin.

Dogs and cats are relatively resistant to tetanus, although there is the occasional report of tetanus in dogs. Humans on the other hand, are much more likely to be infected with tetanus. Most sensitive on the spectrum are horses, sheep, and goats. Due to their sensitivity, it is recommended for horses and small ruminants to be vaccinated as protection against tetanus once a year.

Recommendations for humans and tetanus boosters have changed through the decades. However, if you are current on your tetanus vaccine, then a dogbite is of little concern for tetanus infection. If the dog who did the bite has been vaccinated for rabies, most likely you’re also protect in there.

The worst damage with dog bite wounds is the crushing that occurs to the tissues. Unlike cat bite wounds that very frequently become infected, dogbite wounds, again, cause more tissue damage than anything. This does not mean that it cannot become infected, and if you have swelling it is best to seek medical attention.

Dog bites happen; one can be best prepared with knowledge of the sequelae.