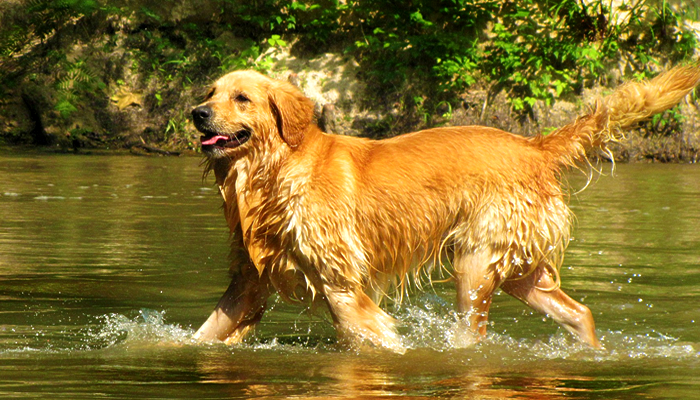 Recently, I was consulting with a wonderful pet owner whose dog was coughing. This dog had undergone extensive diagnostic work up by her primary care veterinarian. Bridget had fallen off the grooming table before the coughing started. One of the possibilities was that she had damaged her larynx, her voice box. Radiographs, x-rays, of her neck revealed no fracture to the larynx. Bloodwork was 100% normal. A chest x-ray was also normal.

However, when she was excited especially, Bridget would cough and even regurgitate water. Her tongue was very red, even though there was no sign of bacterial infection in her body. She panted all the time, although she had never done it before she started her coughing. Bridget was a country dog, living on a beautiful hundred acre farm on the East Coast.

The great thing about phone consultations is that all of the diagnostic work has already been performed by the primary veterinarian.

Upon review of her complete medical file everything suggested that Bridget had a fungal infection in her lungs.

Fungal infections are quite difficult to diagnose. Laboratories do not like to grow fungi because they can easily be transmitted from the petri dish to human lungs. Furthermore, fungi are difficult to grow. However, given the environment in the Midwest, the location of my former private practice was in the middle of the Ohio River Valley where blastomycosis was very prevalent. Blastomycosis was indigenous to my region, whereas histomycosis was prevalent in Bridget’s habitat. Because these fungi can be found in the environment as molds, they are very common in the soil in the leaf litter. It is natural for dogs to stick their nose down and their tail up and get a good sniff and run through their yard accidentally getting a snout full of fungi.

Simply because my former private practice was located where fungal infections were very common, I was able to readily recognize the signs of fungus.

Bridget returned to her primary care veterinarian; her owner suggested fungal infection to the family veterinarian who acted promptly and was able to make the diagnosis. Because Bridget had been coughing for several months, her fungal infection was more advanced than for dogs not yet coughing from the fungus in their lungs. Fungal infections can be quite aggressive and difficult to treat. Even in humans, it can take six months to a year to completely treat a infection, especially in the lungs. Therefore, Bridget was started on long term antifungal medications. My experience is a combination of conventional and herbal antifungal’s work best to treat the condition.