Help! My Dog Was Just Diagnosed With Ehrlichia Infection 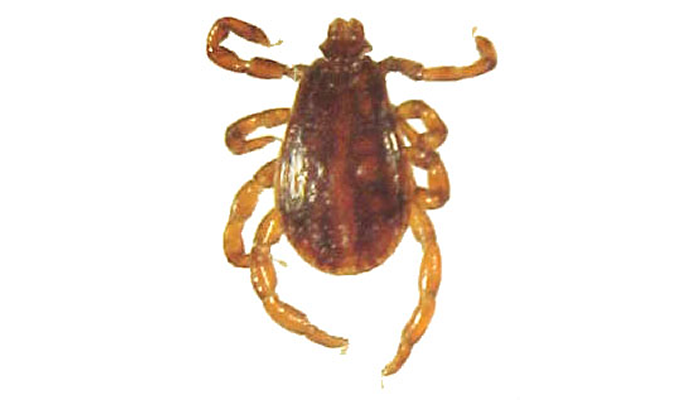 Symptoms of canine Ehrlichia include fever, weight-loss, swollen lymph nodes, swollen legs, lethargy, discharge from the nose and eyes and even seizures. If you’re noticing these symptoms, you are right to be concerned. If your dog has been diagnosed with Ehrlichia infection, here’s what you need to know:

Ehrlichia — a nasty little bug is transmitted by the brown dog tick — is caused by a very small bacterium that infects white blood cells of dogs, cats, and even humans. White blood cells, remember, are supposed to protect us from bacteria, rather than become infected by bacteria.

The bacteria infects white blood cells, and because the cells that are infected are the ones that should be eliminating the infection, the dog can’t fight infection. The usual treatment is an antibiotic called doxycycline; it used to be affordable but has become incredibly expensive, especially for large breed dogs.

I had a dachshund mix when I was in the US Air Force who was infected with Ehrlichia. It took several years of doxycycline treatment before her infection was finally cleared out. The great thing is now that I practice alternative medicine, I have many more tools to help dogs fight the infection. These dogs clearly need help since their immune system has been invaded by this nasty bacteria.

There are several herbal medications that have antibacterial properties that — when combined with other alternative treatments — strengthen the immune system and help the body to identify Ehrlichia infection. Dogs treated with a combination of Western and herbal medications tend to clear Ehrlichia infection before dogs treated only with Western medicine. Unfortunately, my dachshund was infected long before I was a veterinarian, let alone an holistically minded one.

If your dog has recently been bitten by a brown dog tick, your veterinarian has a quick, in-house test that will determine infection as early as seven days after tick bite. Early treatment is preferable. If your dog tests positive for Ehrlichia, it’s best to begin treatment early, rather than wait until your dog becomes sick. Once your dog is ill from Ehrlichia infection it is much more difficult to treat.

Some herbs that can help include berberis and oregano. Because each animal is different, I suggest consulting with a holistic veterinarian to determine how to best treat your dog.